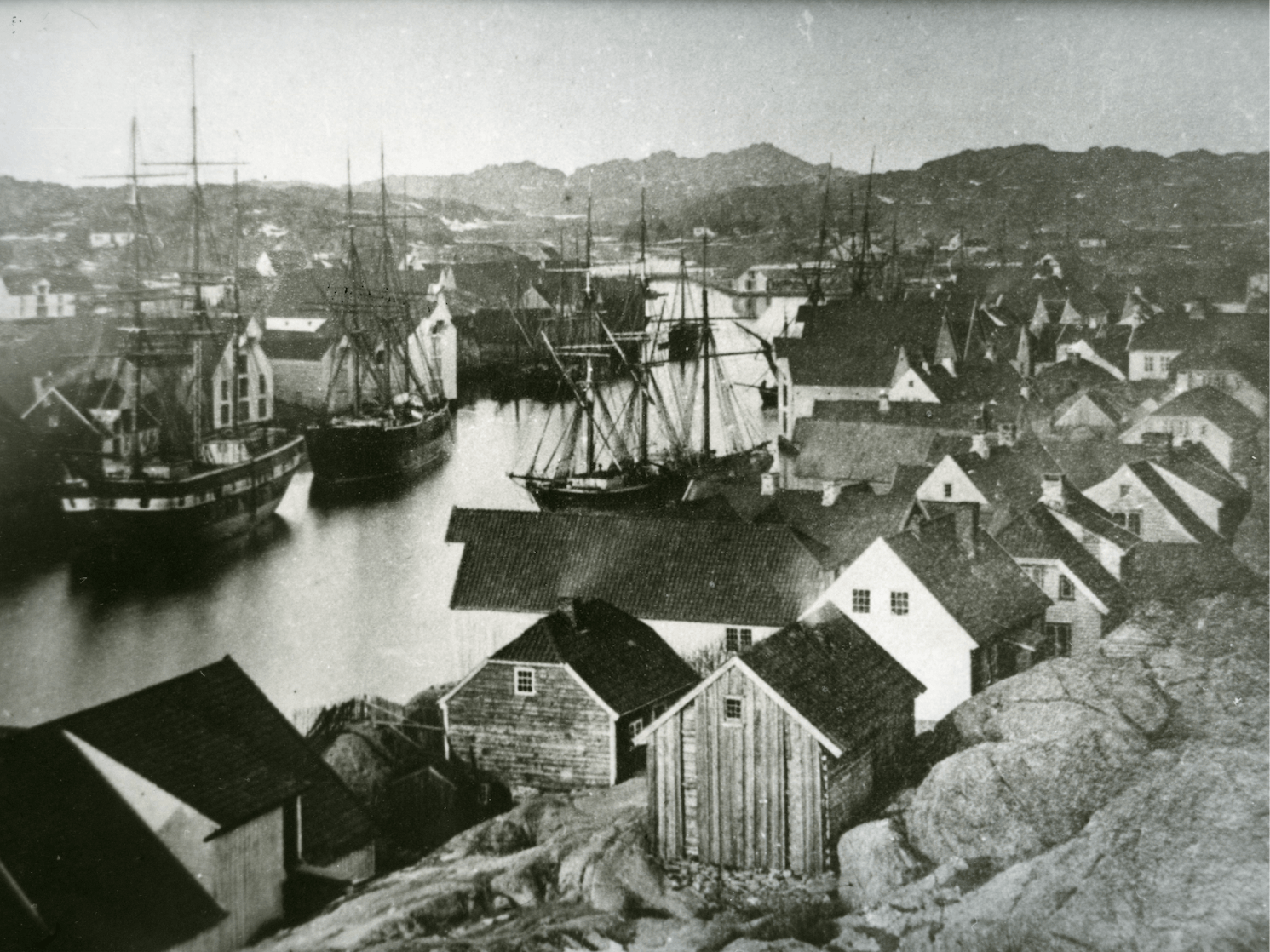 The name Skudenes is believed to originate from the old Norwegian word "skuta" (translates to "ship") which means forward rock. This "ship" is probably the rock wall below Skude lighthouse at the entrance to Karmsundet, on the southern tip of Karmøy. 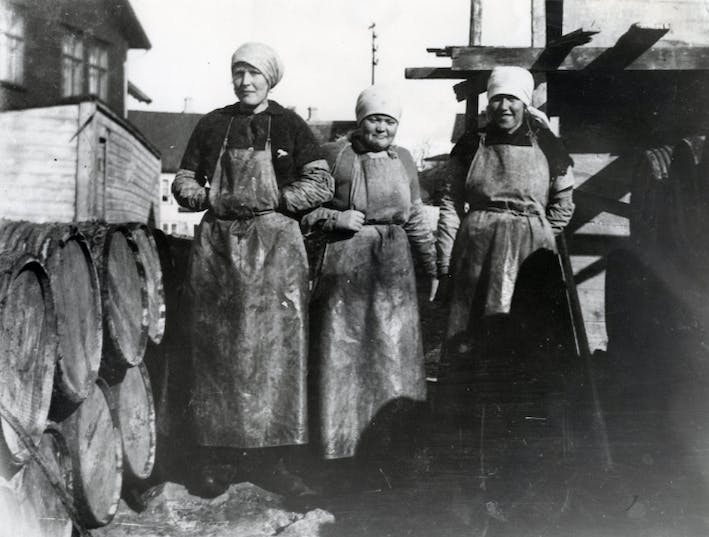 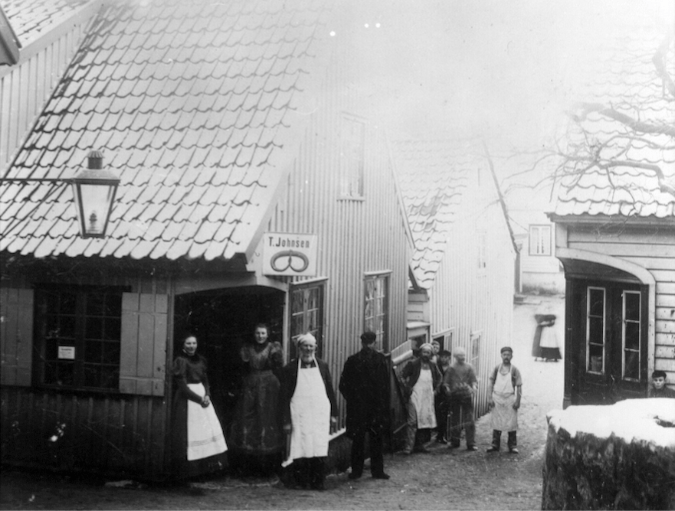 The baker's house was bakery and outlets between 1850-1980. Today there is a cafe in the house.

Stately ladies are posing in front of Mælandsgården 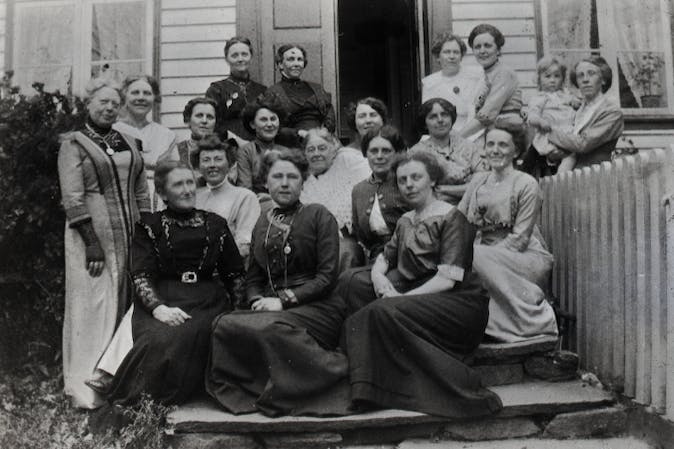 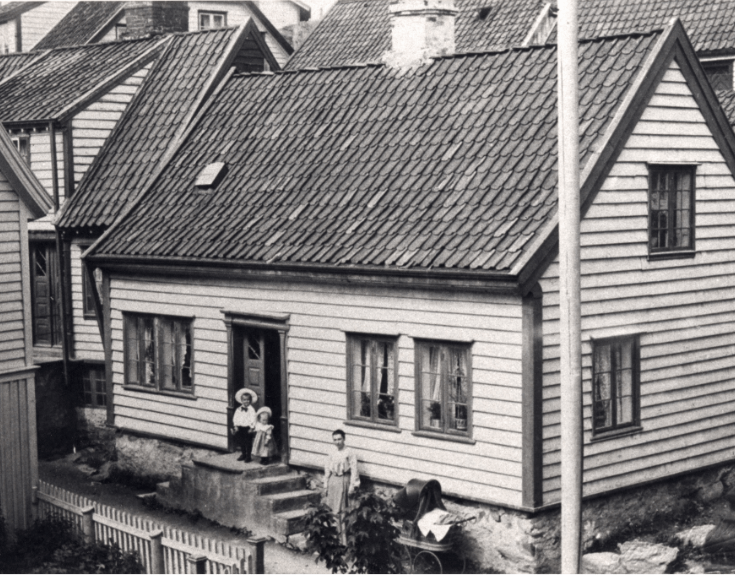 A family with children in the finest phase

Stately ladies are posing in front of Mælandsgården

The baker's house was bakery and outlets between 1850-1980. Today there is a cafe in the house.

A family with children in the finest phase

Those who came by sea from the sea could also find a warm harbor between the islets here. The Viking naust at Lahammar and archaeological finds reveal permanent settlement in this area already in the Iron Age. The skins are mentioned early as a central place for herring fishing. Silda comes and goes in periods and in the 18th century it returns to Skudeneshavn. Then there were very few permanent residents here, but written sources say that 5-6,000 women and men each year came here during the herring period. Seahouses were built and herring became more and more salted on site. A period of the late 1700s disappears herring again and there will be some tight decades for the approximately 100 permanent residents. 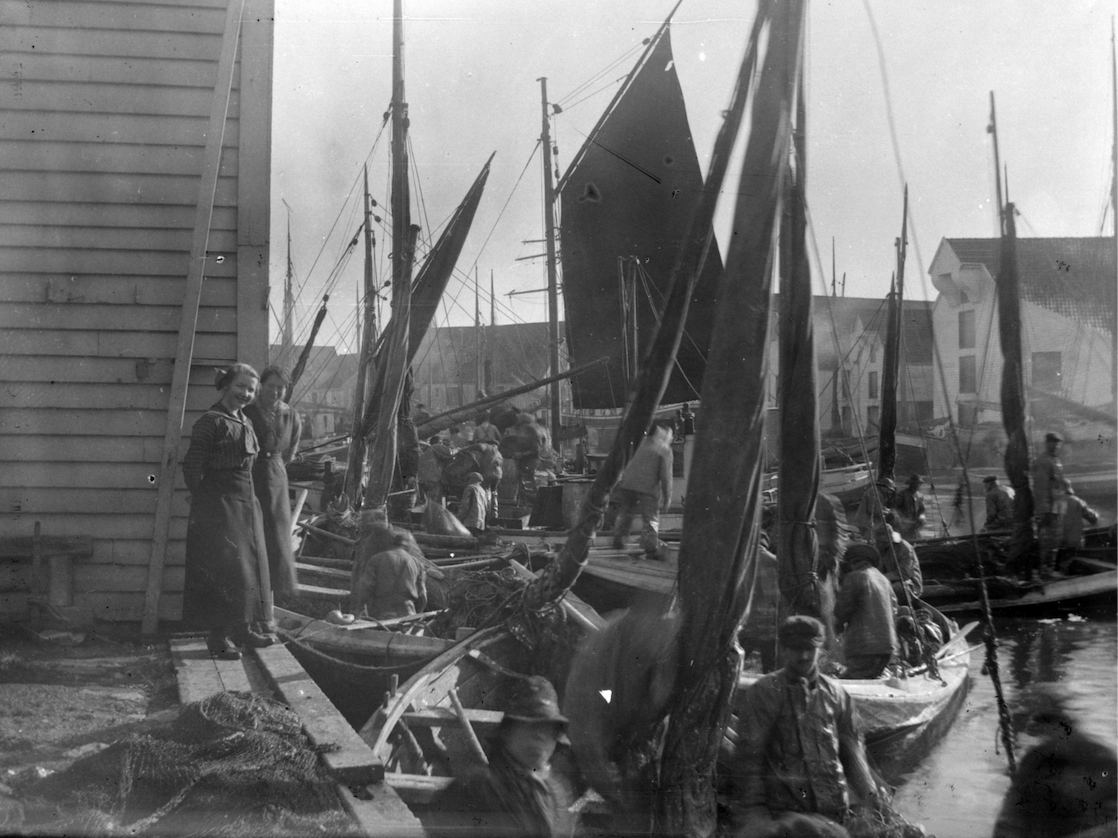 Skudeneshavn was a central place for herring fishing

In 1808, in the midst of the Napoleonic wars with commercial blockade and hunger, the herring came back in huge quantities and prevented famine in much of the country. The bulk of the herring had spawning grounds just outside Skudeneshavn. It was now the city, as we know it today, emerged. In the winter of 1853-54, about 22,000 people were involved in the fishing, and most of the city had 77 boats that sailed in foreign traffic. In 1857, Skudeneshavn received a charge center, and in 1867, 1357 permanent residents, approx. 125 farm houses and 100 sea houses. The large spring herring fishing ended around 1870 and Skudeneshavn developed into a maritime town, with more than 70 sailing vessels resident in the city. Today, Skudeneshavn is a small town that offers trade, experiences and history. 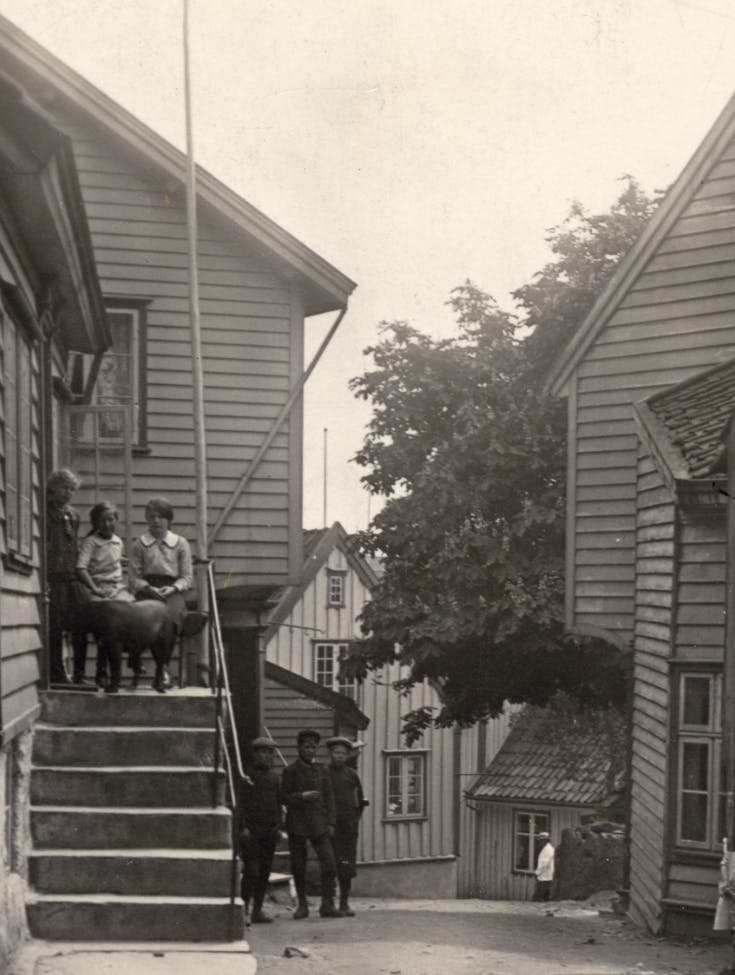 The kids in the street 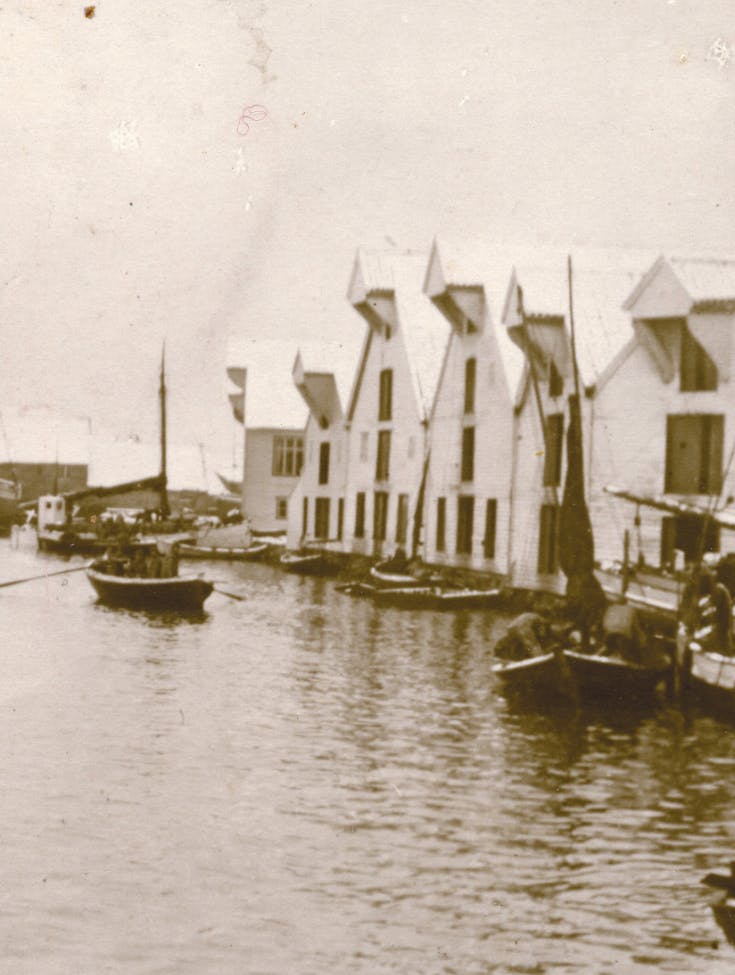 A number of sea houses in the inner harbor